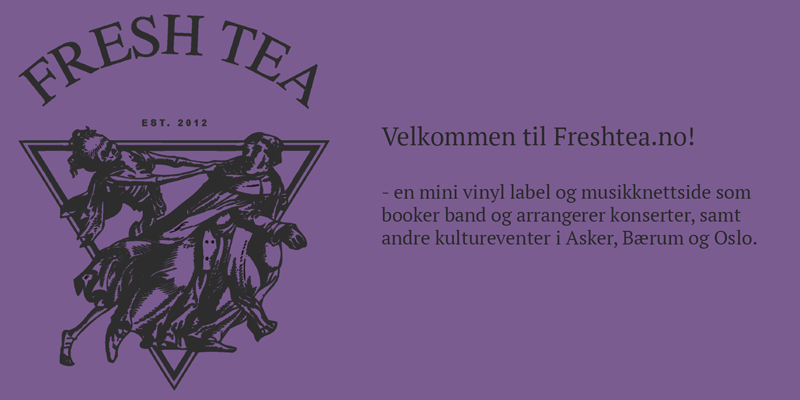 Share on FacebookShare on TwitterShare on Linked InShare by Email

"It’s everything you’d want from a Hex A.D. album...and then some." Thank you Pulse-Alternative Magazine 🔥HEX A.D.
‘Astro Tongue in the Electric Garden (Fresh Tea, 21 February 2020)

Norway’s riff meisters HEX A.D. return with their fourth album ‘ASTRO TONGUE IN THE ELECTRIC GARDEN’. Following hot on the heels of 2018’s critically acclaimed long player ‘Netherworld Triumphant’ it finds the band retaining their classic rock sound whilst incorporating a few more progressive elements. In short, it’s everything you’d want from a Hex A.D. album...and then some.

If you were unfamiliar with Hex A.D. and you heard opener ‘Elle est Mort’ you’d be forgiven for thinking you’ve stumbled upon some strange bluesgrass/jazz fusion. A jaunty little number that serves the function of positioning the listener in a head space that’s totally unprepared for opener ‘Deadly Nightshade’. Akin to Black Sabbath jamming with Black Widow it’s a potent slab of stoner rock. Two huge waves on a collision course, it whips up a hell of a storm. Swirling keys, thunderous drums and chunky guitar riffs (downtuned and dirty) combine to recreate all that was good about ‘70s rock. Title track ‘Astro Tongue’ follows and, like the bands beloved Uriah Heep, organ and guitar supplement the other to form huge walls of sonics that entomb the listener. Brief interludes of calm only serve to highlight the heavy sections and take heed: ‘Astro Tongue’ will slowly entwine you like poison ivy.

‘The Day the Sky Exploded’ is an extended number that lets Hex A.D. display their musical chops. With it’s science fiction lyrics and choice samples it has that ‘60s view of the future (jetpacks anyone?) yet the song also incorporates some medieval and baroque flourishes which creates a nice tension of opposites. Take the best of late ‘60s/early ‘70s rock and you’d have something approaching ‘The Day the Sky Exploded’. It’s the sound of Vietnam burning in agent orange as American soldiers work an Ouija board. It’s Bader Meinhof using ‘Astro Tongue...’ as their soundtrack. The rhythm section of bassist Arry Gogstad and drummer Matt Hagen provide a solid foundation and this gives Mags Johansen free reign to unleash some amazing mellotron runs that segue into the second instrumental, the haunting ‘Au revoir jardin électrique’

Following the death of long term producer Chris Tsangarides (Anvil, Judas Priest) production was handled by vocalist and guitarist Rick Hagen. Being so close to the music, hat’s always a risky move but Rick has done a great job and his expansive touch has allowed the band to move into new territory. Case in point being the monolithic ‘Hawks & Doves’. The first part of a trilogy suite it’s liberally soaked in fuzzed out organ with plenty of wah wah on the guitar. It soon evolves into a heavy blues romp thanks to guest appearances from guitarist Thomas Tofthagen (Di’Anno, Audrey Horne) and vocalist Eirikur Hauksson who ensure ‘Hawks & Doves’ can rival Uriah Heep in their pomp.

Both heavy and ethereal ‘Old Bones’ has a definite space rock vibe as it opens all engines and sails off into the stratosphere. Leaving delicious chemtrails of retro organ and slithering guitar lines it’s nine minutes of hypnotic rock that’s designed to transport you to another dimension. Final part of our unholy trinity is ‘A Stone For The Bodies Not Found’, a song which continuously opens like a lotus flower it’s a fine slab of Norwegian doom metal that has a funereal vibe as if we are reaching the end of the line. Things don’t quite end there because a bonus cut on the CD (and digital) is ‘Grace & Pain’. Former Dio guitarist Rowan Robertson adds his considerable talents to create a huge, riff heavy track that’s replete with tolling bell and could quite easily swing with Sabbath.

‘Astro Tongue in the Electric Garden’ is housed in a sleeve that reminds me of Cathedral’s legendary ‘Forest of Equilibrium’ and it’s Hex A.D’s latest opus is worthy to stand as a pillar of modern doom. ... See MoreSee Less

Share on FacebookShare on TwitterShare on Linked InShare by Email